The Light at the End of the Tunnel!

Yah, it’s kind of a long road, but it’s doable and it’s worth the trek. The Road to Financial Independence. The Road Less Travelled.

Let’s visit the Millennial Revolutionaries for the last instalment of their story on their journey to early retirement.

HOW WE GOT HERE, EPILOGUE: THE REAL COST OF TRAVELING THE WORLD

It’s been two hours since I resigned, and I’m still shaking.

Part of me is relieved, but part of me is also terrified. And since I never told anyone at work about what I’m actually doing, this matches the reactions I get.

“You’re QUITTING with no job lined up? Are you nuts?”

“Travel the world? How the hell are you going to pay for it?”

“Why would you quit? Don’t you like working here? ” (I couldn’t answer the question. I was too busy rolling on the floor laughing.)

The next two weeks are a blur. Goodbye lunches, concerned friends (mostly asking if I’ve lost my damned mind), and endless knowledge transfer sessions for my replacement fill my days.

And after work, Wanderer and I are busy packing, selling as much stuff as possible, and consolidating the next year of our lives into 2 backpacks. It’s actually surprisingly easy, making me wonder why the hell we EVER needed suitcases just for 2 weeks of vacation.

On my last day, I have a great time shredding anything and everything I can get my hands on. But as I pack all my tchotchkes and hug my friends good-bye, I start to wonder.

What if they’re right? What if this is a mistake?

But then, I flash back to our last meeting with Garth. Together, we had carefully dissected our plan with surgeon-like precision; making sure all our T’s are crossed and I’s are dotted. We are engineers, after all.

We go over the following scenarios:

Black Swan Events? We delay our end date to June and set aside 3 years of living expenses in cash.

Childcare costs? $6000 childcare credit, and NOT keeping up with the Jones’s.

It’s all going to work out. We’re going to be fine.

As Wanderer and I board the plane, and wave goodbye to the city that’s been home for the past decade, I can’t help but wonder what’s in store for us. As excited as I am, in the back of my head, fear still churned like big, angry, tornado.

But as it turns out, I had nothing to worry about.

15 countries, 42 cities, crossing 3 continents. We travelled across North America, Europe, and Southeast Asia, all on our…*raises eyebrows dramatically*…trip around the world!

The last team to arrive…sorry I’ve been watching too much “Amazing Race”.

Anyhoo, I’m not going to bore you with every single place we visited, but I will provide you some of the most memorable, in order of most expensive (blegh) to least expensive (yay!)

You know that scene in “The Sound of Music”, where Julie Andrews is standing on a mountain, twirling and singing “The Hills Are Alive…”?

Well, that’s pretty much what I did the ENTIRE time we were there. And because I have the leakiest brain ever, that was the only line I know from the entire movie. So of course, I spend all my time singing that line, and ONLY that line, at the top of my lungs, over and over.

I CANNOT understate how both exhilarating and annoying this is.

I can’t, but Wanderer can, based on him finally getting fed up and grabbing me by the shoulders saying, “BABE, if you DON’T stop singing that song, I SWEAR TO GOD I’m going to jump off this mountain.”

I’m…not allowed to watch The Sound of Music anymore.

One thing that isn’t beautiful though, is the prices, as Switzerland ends up being the MOST expensive place we visit:

The city that taught me the true meaning of the lyrics: “I can’t feel my face when I’m with you.”

PROTIP: If you’ve never dabbled with weed before, DO NOT, I repeat DO NOT, eat an entire space cake by yourself, jump on a ferry, and then attempt to pedal two miles to get home.

Trust me. Just don’t. I’m still not sure how we managed to get home, but by the time we did I thought the squirrels were trying to eat me and Wanderer was declaring, “We’re never going to get back. Hope is lost. All is lost.” Every 5 minutes.

We ended up hopping a bunch of islands in Greece, but Santorini is by far our favourite. Hiking up and down white-stoned streets with the Aegean Sea on one side and rolling white clouds on the other, eating a lunch of fresh locally caught fish drizzled in olive oil, and then getting on an ATV and motoring out to a beach of black volcanic sand. This is why our host in Amsterdam kept insisting, “Go to Santorini! Just go!” Right before bellowing “LET’S DO A JOINT!”

We almost skipped Thailand because of the Bangkok bombing in August, but we are SO glad we didn’t. Out of all the places we visited, Thailand somehow felt most like home. The food in Thailand is like nowhere else. It completely changes your palate. (I thought Asian food in Toronto was good, but now I can’t even look at it) And it’s cheap. For a measly $3, you can have a full meal—main, dessert, and a smoothie. What can you get for $3 in North America? Half a coffee from Starbucks? Blegh.

And Chiang Mai in particular had all the modern comforts of home. Fast Internet. Good cell coverage. Even those douchey Work-Sharing places with those beanbag chairs were all over the place.

That’s why there are so many entrepreneurs and digital nomads there. I couldn’t even get a haircut without being thrown two job offers.

No matter where we are in the world, we’ll always consider Thailand our second home.

So, how much did it all cost?

Are you ready for this?

Yup, you read that right. The ENTIRE trip costs less than what we spent in Toronto every year from 2006-2011 (before The Plan turned me into a Budget Nazi)

Turns out traveling isn’t really expensive at all. It was only expensive when we were working because we had to package everything into a hectic 2-week vacation package. And when you’re not limited to weekends, fighting for flights and trains with the rest of the corporate drones, the cost plummets. Heck, we even got a bus ticket from Amsterdam to Brussels for $4 each. I’m pretty sure they LOST money just driving us there!

Meanwhile, what happened with our portfolio?

It continued paying us a solid 4% dividend throughout the year. But while we were overseas, oil plummeted all the way from $110 a barrel to a low of $30. Taking the stock market and especially the TSX along with it.

Our portfolio swung from +5% to -3%. But we had seen this crap before, and we knew exactly what to do. So together, Garth and us agreed to take the extra cash generated by the dividends and rebalance into the storm. And lo and behold, by the end of the year, we were sitting back at our original position.

A yearly gain of 0% doesn’t seem that impressive, but for comparison, the return from the TSX in 2015 was -12%. We had now survived not one, but two catastrophic financial collapses with no money lost.

And now, knowing that the real cost of travelling the world is actually the same as simply living in Toronto, we realized 3 things:

Right now, the press is starting to notice what we’re doing on millennial-revolution.com, and friends and family members are starting to ask us “Are you serious? Is this real?”

Yes. This is serious, and this is real. I have travelled around the world, and as of June 2016, a combination of dividends, portfolio gains, and a small income from coding and writing has resulted in a net worth that’s somehow HIGHER than when I left.

That’s right, I just travelled the world. For free.

Why was I so scared to quit again? 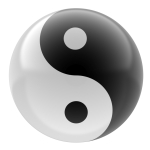