Yoho, named for a Cree word expressing awe and wonder, is a park of rock walls, waterfalls and glacial lakes. Yoho lies on the western slopes of the Canadian Rocky Mountains. It’ s a stunning Canadian national park with dizzying snow-topped mountain peaks, roaring rivers, silent forests, vertical rock walls,  and cascading waterfalls.  One more perfect setting for a retired dharma bum to tramp around in! 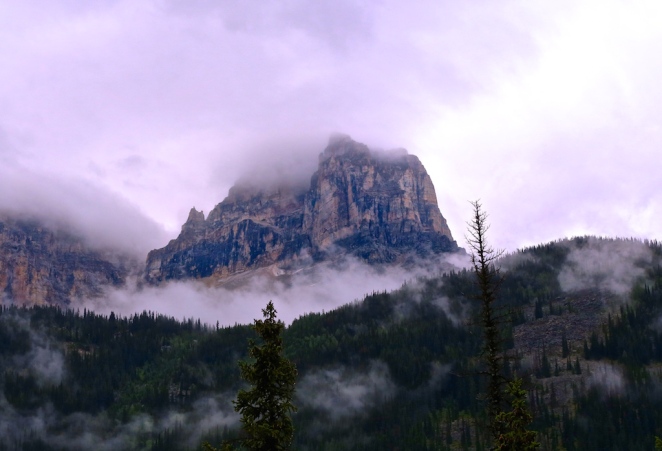 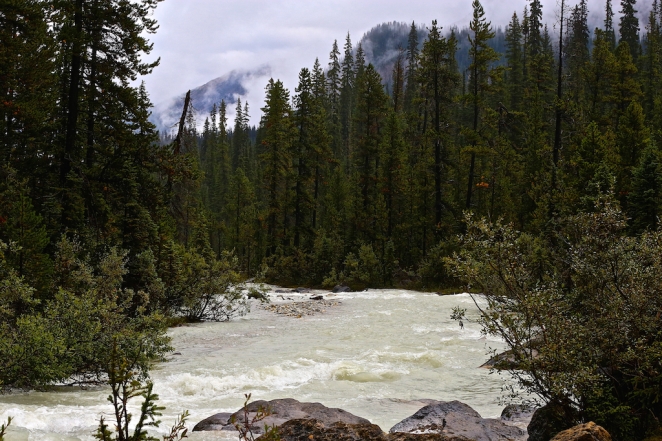 Yoho’s craggy peaks and steep rock faces posed an enormous challenge for Canada’s early explorers. The mountains that were the curse of railway builders are responsible for the park’s many waterfalls including Laughing Falls, Twin Falls, Wapta Falls and one of Canada’s highest at 254 m (833 ft.), Takakkaw Falls. Silt carried by streams from melting glaciers high on the mountains is responsible for the deep, rich turquoise colour of Emerald Lake and Lake O’Hara.

Many of British Columbia’s plants and animals reach their eastern extension in Yoho. The high peaks of the Continental Divide wring out the precipitation remaining in clouds moving eastward from the Pacific Ocean. This creates pockets of wet belt forest where coastal species such as devil’s club, western red cedar and western hemlock thrive.

Takakkaw Falls can be seen from kilometres away, but its loud roar is the first thing you notice as you approach. It is 384 metres from its base, making it the second highest officially measured waterfall in Western Canada after Della Falls on Vancouver Island. However, its true “free fall” is only 254 metres.

“Takakkaw” translates from Cree as “it is magnificent.”

The falls are fed by the Daly Glacier, which is part of the Waputik Icefield. The meltwater keeps the volume of the falls up during the warm summer months, particularly in late spring after the heavy snow melts, when the falls are at peak condition.

The Yoho River originates at the north end of Yoho National Park and flows generally south to join the Kicking Horse River some distance northeast of Field, BC. The river also picks up the waters of Whiskey-Jack Creek near Takakkaw Falls. From there it flows another 7.8 kilometres to its confluence with the Kicking Horse River. 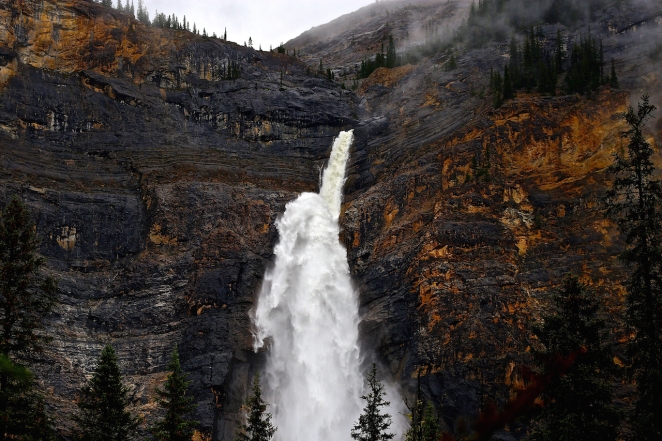 Here in the shadow of the Great Divide are the secrets of ancient ocean life, the power of ice and water, and the stories of plants and animals that continue to evolve today.

Emerald Lake is the largest of Yoho’s 61 lakes and ponds. The lake is enclosed by mountains of the President Range, as well as Mount Burgess and Wapta Mountain. This basin traps storms, causing frequent rain in summer and heavy snowfalls in winter. 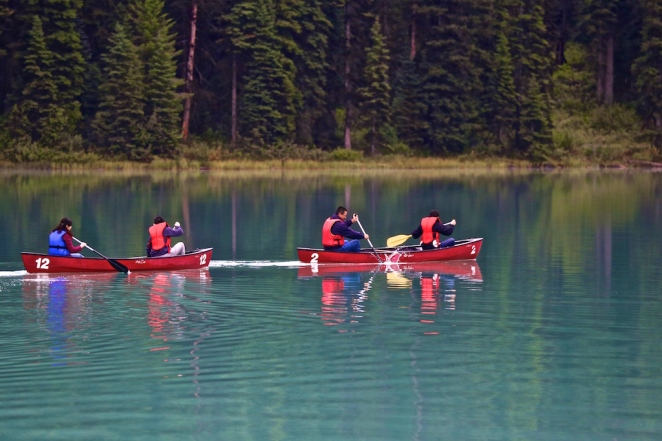 Silt carried by streams from melting glaciers is responsible for the deep and rich turquoise colour of Emerald Lake.

Due to its high altitude, the lake is frozen from November until June. The vivid turquoise color of the water, caused by the powdered limestone silt, is most spectacular in July as the snow melts from the surrounding mountains. 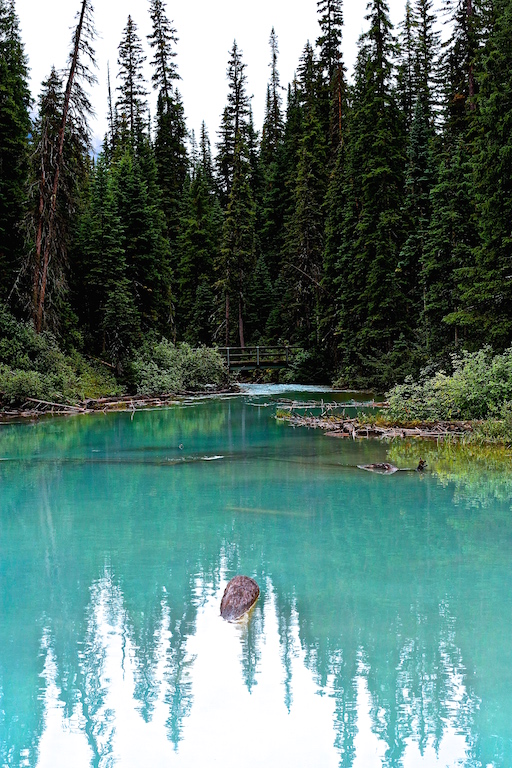 There was no better way than to end the day at the exquisite Tschurtschenthaler Lodge! What a great B&B to relax and unwind at. (Located near Golden, BC). We lucked out and got a mountainside view room for our brief stay. 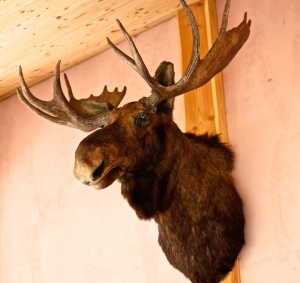